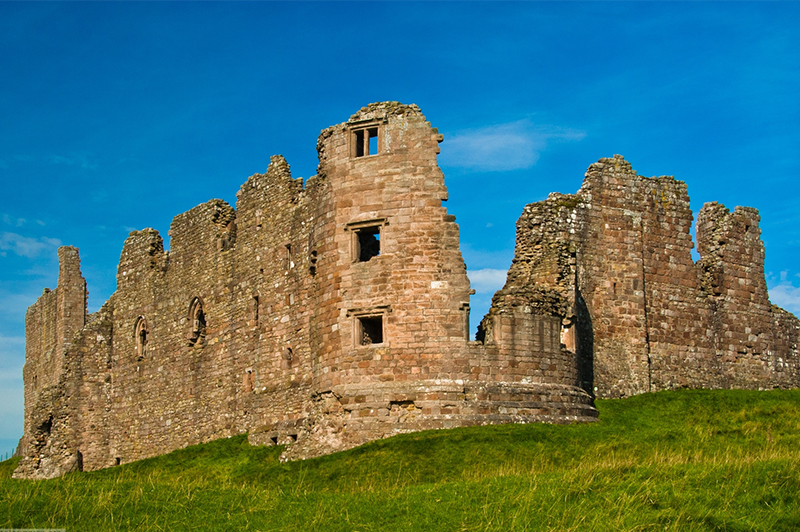 Brough stands on the old Stainway which was used from prehistoric times as one of the few passable East to West routes across the Pennines. As a consequence many of the hamlets, villages and towns along its path were fortified by the original inhabitants and then by the Romans, the Normans and later the English. The remains of these fortifications are open in most cases to visitors and represent an amazing history of the area. The castle was owned in the 17th century by Lady Anne Clifford, an amazing lady (see the history pages on our site) for whom our top luxury suite is named.

Located just over the A66 from The Inn, in the old parish of Church Brough, this ancient monument is well worth a visit. The English Heritage website (links below) has a full history and plan of the Castle and a conjectured plan of the Roman Fort. The photograph shows a view of the keep, looking west. The remains visible today were built in about 1200, after the original keep was set on fire by William I of Scotland